Some ask why I spell it Viet Nam instead of Vietnam.  Vietnamese is predominately a mono-syllabic language meaning that there is only one syllable per word.  Vietnam is the Americanized version.

These are the adventures of SSgt Bob Tucker at Phan Rang (PRAB).  It has been over 50 years since I was there.  Do I regret my time there?  Yes and No.  I believed in what we were doing which was keeping communism out of South Viet Nam, however the people their didn’t seem to care or understand what would happen if we lost the war.  They found out as mass executions took place and the lucky ones were put in “Re-Education” camps (concentration camps).  I had my eyes tested by the son of one of those who was Re-educated.  He said that very few survived the camps.  I cry sometimes when I look at old pics of when I was there and think of what could have been.  The second problem was the accords the Nixon and Kissinger made.  The North Vietnamese completely ignored them and we did nothing.  Why?  The democrats controlled congress and cut off all funding to support the South.

On the other hand, Agent Orange is a killer.  While I have so far escaped most of its problems, I do have a couple.  Secondly, the people, as I stated above, didn’t care and only wanted what they could get from us and that included us as individuals.

I worked in the comm shop as an Aircraft Radio Repairman.  My call sign was Checkmate 13.  At first I worked both the flight line and the shop working on ARC-27 which was an old radio.  The newer radio was theARC-34 and the choppers had an FM Wilcox 807.  One time while riding the Launch Truck, we got a call for comm.  I jumped out and the pilot had the engine running and indicating that he had no comm.  I unplugged his helmet and plugged in my headset.  There was no sidetone so I immediately knew that it was the AM-843 intercom box which was located behind the right rudder in the F-100.  I told the pilot the problem and where it was.  Told him he could either shut engine down or I could shimmy down in there across his lap but he would have to pull the stick as far back as he could.  He chose the latter.  I told the guys what to get out of the truck and I went down in there with my dikes and screwdriver.  I cut the safety wire and handed it to the pilot, then I took the unit out and handed it to him.  He then handed me the new one and I installed it without safety wire and crawled out, plugged in and it worked.  Plugged the Majors helmet back in and saluted him goodbye.  I then wrote a write-up in the log to safety wire it when he returned.

I was on first shift when I got there for 3 months and there were 3 shifts with 54 in the comm shop.  I didn’t like all the Master Sergeants on first shift so I asked to go on third shift under a black Master Sergeant Thomas.  He was one of the best supervisors I ever had. Things were going great and the size of the shops were being reduced.  We were down to about 20 and two 12 hour shifts.  Only one MSgt was left and he was on first shift.  Ken and I, both SSgt at the time, along with Sgt Al Savage were running the night shift. I ran the shop part and Al ran the flight line.  Every night when we came in the MSgt would chew us out about too many aborts.  We checked our records and couldn’t see more than a couple in 5 months.  We had and new CMSgt who had come from Canon AFB and most of the guys that had come from there said he was an ass.  But Ken and I decided we needed to know why we were being accused of something we thought we didn’t deserve so we came in early one night and talked to him.  He immediately said that he had no problem with what we were doing and that is was first shift that was the problem.  He said that he was thinking about swapping shifts to solve the problem as the brass was really coming down on him.  We didn’t want that but it happened.  Since first shift was larger than second, we were able to choose 4 or 5 guys to stay with us from first.  We of course chose the best they had.  Within a few days we had the aborts down to nearly zero.  Spent the last 3 months on first.

Did R&R in Australia for 7 days in July I think.  In June of 70 the Cambodia invasion started.  Our missions tippled or quadrupled but we made it with the few of us there were.

So, on the following pages are mostly pictures of my time there.  Most of the pics are of the base but I did take one trip to Nha Trang and did my R & R in Australia. 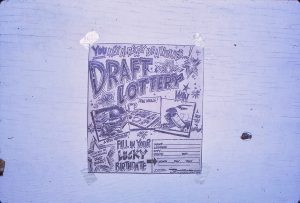